Lifting the foreign ownership cap will pave the way for Vietnam to achieve the much sought-after “Emerging Market” status.

Lifting the foreign ownership cap will pave the way for Vietnam to achieve the much sought-after “Emerging Market” status. 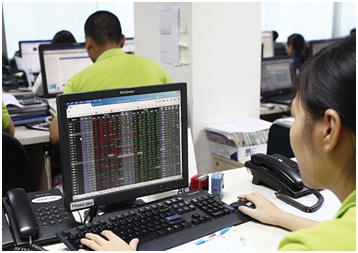 Last year, the country launched a campaign to upgrade its status from “frontier” to “emerging market”. However, Morgan Stanley Capital International, which publishes the index, refused to consider Vietnam for an upgrade unless it eased up on foreign ownership limits.

“Foreign ownership limits on listed companies have been a major hurdle to capital markets, deterring many foreign investors,” said Andy Ho, chief investment officer at VinaCapital in Ho Chi Minh City, adding that the limits had effectively capped the level of foreign participation and depressed valuations, so there has been much anticipation regarding its retraction.

The proposal to ease the cap has been deliberated persistently over the last two years, and has finally received the government’s thumbs-up. With the market opened and the cap now removed, Vietnam is expecting a wave of foreign capital inflows and improvement to the local market’s liquidity.

“We think that this will open the door to private foreign owned companies to list on Vietnam’s stock exchanges. Just imagine having Unilever Vietnam listed on the stock exchange. That would be great, and it isn’t impossible, given that Unilever has been listed in many regional markets already,” said Michel Tosto, head of institutional sales and brokerage at Ho Chi Minh City-based Viet Capital Securities.

There are now around 30 companies in the local market whose foreign ownership has reached the 49 per cent threshold, like FPT Corporation, DHG Pharmaceutical, Vietnam Dairy Products, and a dozen others that have almost reached the limit.  The combined market capitalisation of the 30 companies is currently recorded at $10.2 billion, or equivalent to 17 per cent of the total market capitalisation.

“Decree 60 now clears the way for Vietnam to qualify for Emerging Market status, and given the MSCI Emerging Markets Index attracts $1.4 trillion worth of investments, Vietnam’s eventual inclusion could provide a further upside of 15-20 per cent to investors,” added Ho.

Since the beginning of the year, the VN Index rose 8.5 per cent, while the MSCI Frontier Markets Index dropped 5.9 per cent.

Vietnam has attained a stable growth rate of 6.2 per cent for the first half of the year, compared to the 5.98 per cent growth rate at the end of 2014. With the latest development in the foreign ownership regulation, the country is clearly doing its best to boost participation of foreign investors in its financial market, which in turn, will promise sustainable growth in the future.

While the new decree will not come into force until September 1, securities companies can already apply to the State Securities Commission, the Vietnam Securities Depository, and the stock exchanges for the foreign ownership expansion.

Meanwhile, the Ministry of Planning and Investment will be issuing a complete list of conditional investment sectors in the next couple of months, in order to provide a guideline for foreign investors investing in companies that are not listed in Vietnam.